“If you shut up with what you’re choosing you’ll hear something choosing you” -Joe Pug, Telluride Bluegrass Festival 2011

For someone who doesn’t like to go out in public much, hates being in crowds, and has a long history of making plans only to break them, I love music festivals. Even when I hate them, I love them. I did not plan to go to Telluride or Firefly this year, but I did plan to go to the Rocky Mountain Folks Festival in August and I had tickets to several other individual concerts, and none of these things are happening and I am pining.

My favorite festival venues share some traits: they are in the mountains, they are small as festivals go (attendees are counted in the thousands, not tens of thousands, and they have no more than two small side-stages), there is a creek to cool off in, there is shade somewhere if not actually near the stage, the food is a step up from carnival food but you can get a corn dog or a funnel cake if you want one, and, at least for the ones in Colorado, the towns are really nice places to walk around, get a cup of coffee, and find some good non-festival food when you just need a break. Telluride manages to make the inconvenience of terrible parking options into an adventure with a gondola ride back down to the town from the top of the mountain where there’s room to park in the summer when the ski slopes are closed. 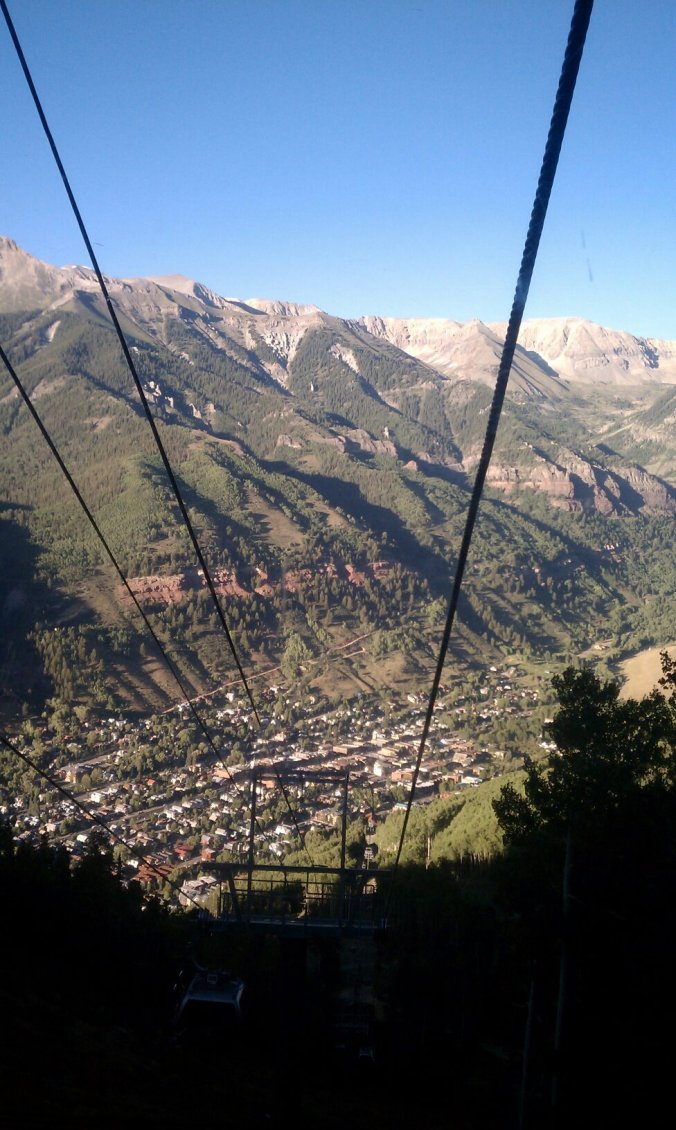 I have camped at two of my three favorite festivals. The selling points of most right-next-to-the-venue campgrounds are reasons for me to run screaming in the other direction. I don’t actually want to stay up all night picking and singing, or drinking and smoking. Telluride has a family campground which is about a mile away from the venue and tends to be quieter, because it turns out that screaming children are in fact much quieter than stoned hippies. It’s all relative, though: the stoned hippies of Telluride are exponentially less annoying than drunk teenagers driving their moms’ SUVs and setting up their beer bongs and teen drama right next to you at Firefly. Drunk hippies are a different kind of problem than stoned hippies, and at DelFest once after a night of having people nearly fall into our tent on top of us, we moved into the sober camping area (Camp Traction, a wonderful concept), where people kept kindly inviting us to meetings between and after (and sometimes during) the acts.

However much I love being outdoors for days on end with nothing to do but gaze at the mountains, eat delicious food, and people-watch at a near professional level, the music is the point. I have secretly been loving the shelter in place/safer at home aspect of the global pandemic where I don’t even need to make excuses for why I don’t want to go out in public and do the things. But where live music is concerned, I feel the space where that shared experience isn’t this year. There’s always something to love at a festival – dancing with a crowd when you just can’t keep your feet still, singing (or shouting) along to a song we all know, the collective wonder of discovering a new artist for the first time. Sometimes everything comes together and creates something that is beyond words.

I have never been as cold as the first time we went to Telluride and just as Mumford and Sons came out the rain started to pour down. The mountains disappeared entirely behind a wave of rolling clouds. The rained turned into snow, then rain, then sleet, then more snow. People were passing out garbage bags for us to wear but there was no keeping any part of yourself dry or warm. And yet. They had the whole crowd in their hands from the minute they took the stage, and they carried us through their musical journey of songs we knew (they only had one album out at the time) and new songs that would be on their next album that sounded like pure magic then and that I still feel a thrill about now.

The thing I love most about live music is that even though the music may be reaching each of us in a different way and touching on different experiences or different parts of our hearts, it can move us – in this case, literally, physically move us – in the same way, the whole crowd dancing and bouncing and whirling and singing and making a truly joyful noise. And if you’re even luckier, all that music and all that joy can make the clouds move on through and can bring back a longer view of the beauty around you.